For Anotronic, the ability to produce in three operations on the 5-axis machine components that previously needed nine separate set-ups has been invaluable.

Accumulative tolerance errors are all but eliminated and the potential for damaging the part through repeated handling and reclamping is much lower. Scrap rates are drastically reduced and so too are labour costs.
In the first three months of operation, the VM10U was used to machine ten different components, including a particularly problematic 17-4PH stainless steel part. It was previously produced on any of the company’s four other Hurco VMCs, all 4-axis models, which are consequently freed to tackle work of a simpler nature.

Mr White comments: “The only downside of using a 5-axis machine is that you are only producing one component at a time, whereas with 3- and 4-axis machining, several parts are often fixtured and completed in one cycle.
“Nevertheless, the benefits of 5-axis strategies using 3-axis cutting while positioning and clamping the other two axes are so significant that we have no hesitation in machining the more complex jobs that way.

“We are already looking to retool other work for 5-axis machining, especially longer runs of parts requiring multiple operations to high accuracy where tight tolerances are tied up to one another. Our intention is to install further 5-axis capacity as soon as possible and on some jobs to progress to fully interpolative machining using all axes simultaneously.”

Coming down hard on burrs

He goes on to identify a specific advantage to Anotronic of 3+2-axis machining – namely the minimisation of burrs, bearing in mind that many of the subcontractor’s customers are in aerospace, petrochemical and other safety critical industries where concessions are not allowed.

The subcontractor can now drill a hole through a component from both sides on the VM10U so that the two sections are co-linear and meet precisely in the centre. Burrs that would be created where the tool exits if the hole were drilled straight through are therefore eliminated.

If burrs are created during milling, it is a simple matter to remove them by slightly reorientating the component on the 5-axis machine and running the milling cutter around again on the same path.
“We deburr almost everything we cut here. Although we have vibratory and electrochemical deburring – machines we manufacture ourselves – there is still a lot of hand work and reducing this to a minimum lowers unit production costs,” enthuses Mr White.

He and his machine operators are well versed in preparing programs on Hurco’s proprietary twin screen Ultimax and single screen Max conversational control systems fitted to the 4-axis VMCs, the first of which was installed in 2004. It was therefore a simple matter to transfer those skills to the 5-axis machine, given that it is being used in 3+2 mode at present.

Speed is the essence

The speed at which the VM10U was in full production was impressive with installation, commissioning and part programming on the Ultimax control carried out on the same day. The machine then ran flat out for four weeks on one job, 16 hours a day, including unattended running into the evening.

There are more than two dozen new and patented features in the latest WinMax software that came with the 5-axis machine, compared with the software in the other Hurco controls at Anotronic’s Soulbury works, near Leighton Buzzard. A feature that Mr White likes in particular is NC/Conversational Merge, which enables G code programs to be called up automatically in the middle of a conversational routine.

He continues: “We like to program conversationally at the Ultimax control as much as possible, because it is quick and you can make instant changes to tweak the cycles. NC is more cumbersome, but for complex surfaces we need to import sections of G code created offline using our Sprutcam 5-axis CAM software.

“Previously we had to toggle between the conversational and NC modes manually, but now the merge feature in WinMax does it automatically, which saves significant amounts of time. We intend to have the software retrofitted to all of our other Hurco controls.”

Another feature that Mr White singles out as particularly timesaving is 3D Mold, which has been around for some time and is now resident within the Swept Surface functionality of WinMax. To create complex 3D geometry in one conversational data block and achieve good machined finish, the operator defines the surface as a 2D profile in either XY or YZ, after which it is translated along a straight line or rotated around a centreline to produce the 3D shape.

The first Hurco VMC to be installed at Anotronic was a VMX42S with a 15,000rpm spindle that increased the productivity of aluminium machining carried out at Soulbury, mainly for the food industry. However, the machine also regularly produces components in titanium as well as tool steels and Inconel, and machines copper electrodes and tooling for the company’s 20 die sinking and seven hole drilling EDM machines.

The next Hurco machine on site was a VM1 with a smaller working envelope, which took some of the load off the first Hurco and was used extensively for second operations. Over 200 different parts for one customer are completely machined on the VM1 in batches of between 10- and 100-off, so the ability to set up and program jobs quickly is paramount.

Despite being an entry level machine, it is nevertheless capable of producing complex parts in exotic metals and frequently machines to 10µm total tolerance. A second, similar machine has since been installed, but with 20 tools rather than the standard 16.

The other Hurco VMC is a VMX30HT with high torque spindle that was purchased for machining a particular Inconel job requiring a spindle speed of around 100rpm. Mr White commented that the machine has between three and four times as much low down torque as another machine he briefly considered during the procurement exercise.
Both VMX machines and the 5-axis VMC have been fitted with Renishaw probing and laser tool setting with breakage detection, as even a small block of Inconel, for example, is very expensive. It is very easy to scrap costly material if a tool breaks, as one particular part is machined six at a time on a 4-axis machine. For the same reason, Anotronic does not use tool wear monitoring and sister tool replacement when producing that part.

Mr White concludes by commenting that all of the Hurco VMCs are highly capable machines, each of which he has purchased with many of the available options such as Ethernet link, direct DXF file import, 3D Mold software, air blast and a fourth axis on the 3-axis models. A program created on one machine transfers seamlessly to all of the others.

He cited one component Anotronic regularly produces that can be put onto any of the VMCs. It is a hardened 60/62 RC D2 punch for a tool set used in the food industry for which the die is eroded on one of four wire cut EDM machines at Soulbury. The punch is hard milled on one of the Hurco machining centres to 10µm total tolerance and always fits perfectly with the die.

Previously, to obtain the required fit, the punches were sent out for jig grinding at a cost of £500 each and leadtime was two to three weeks. Not only is the subcontract grinding saved but Anotronic can now turn round a punch in one day, more than halving the overall lead time for the tool set from typically eight weeks to three.

The original article from pesmedia.com 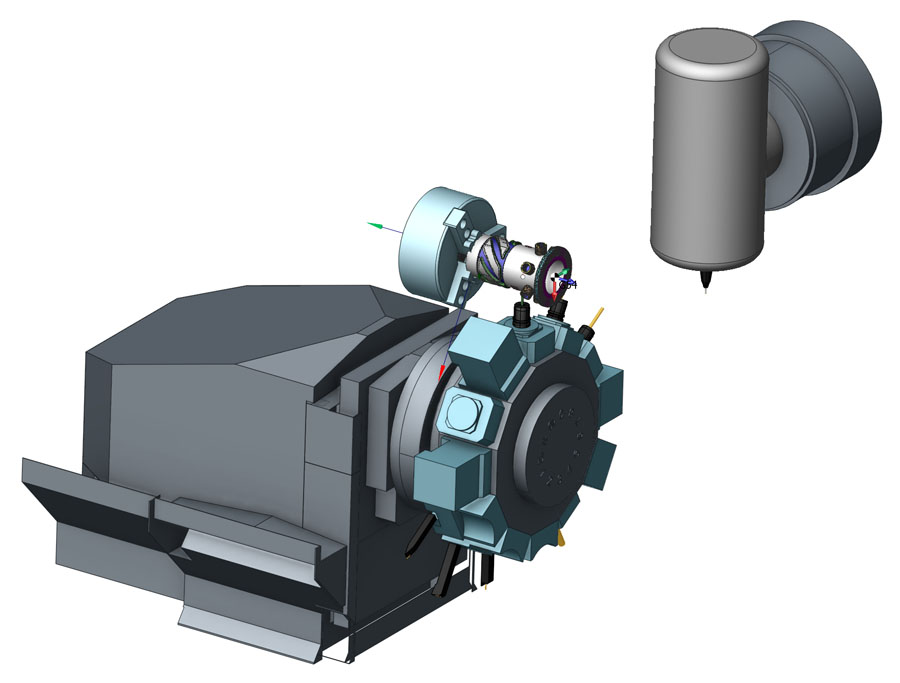 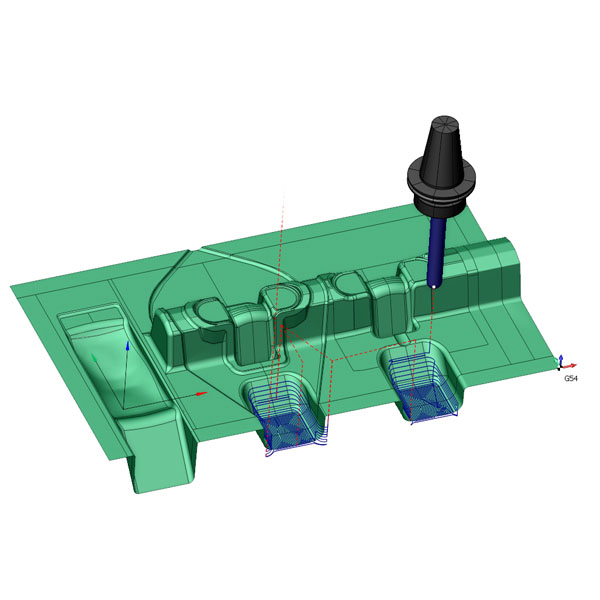 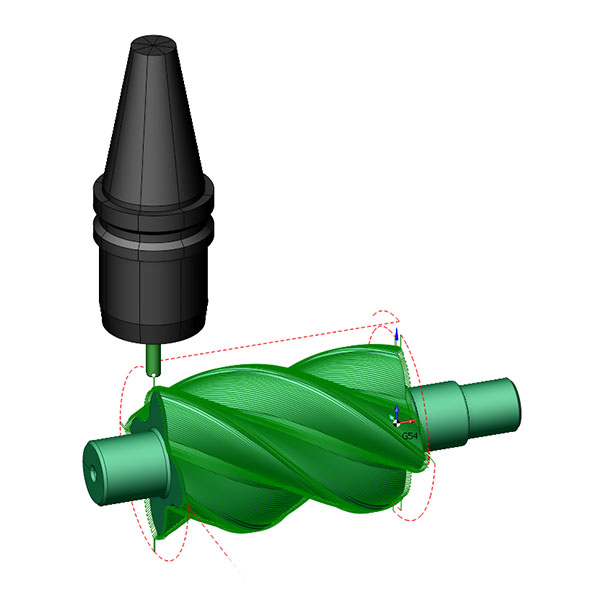 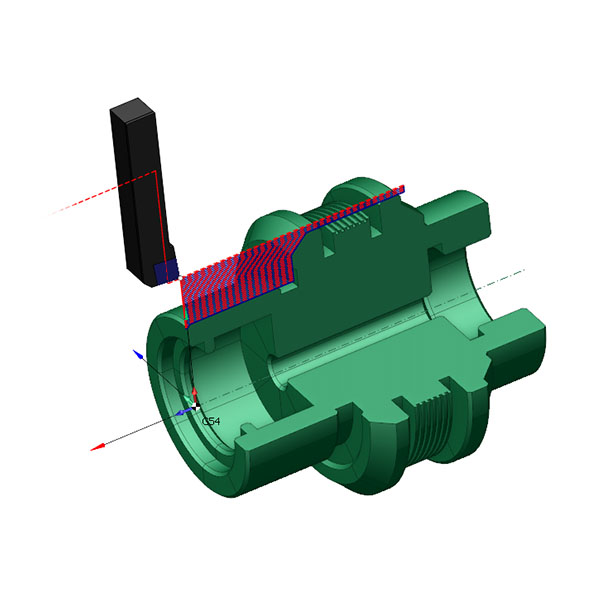 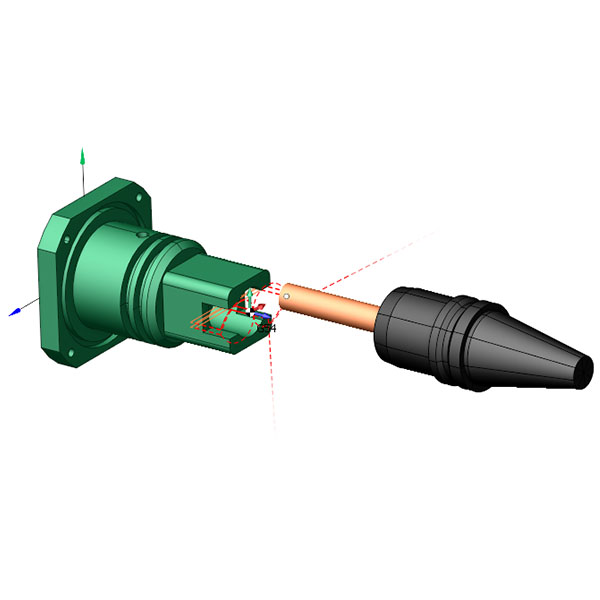 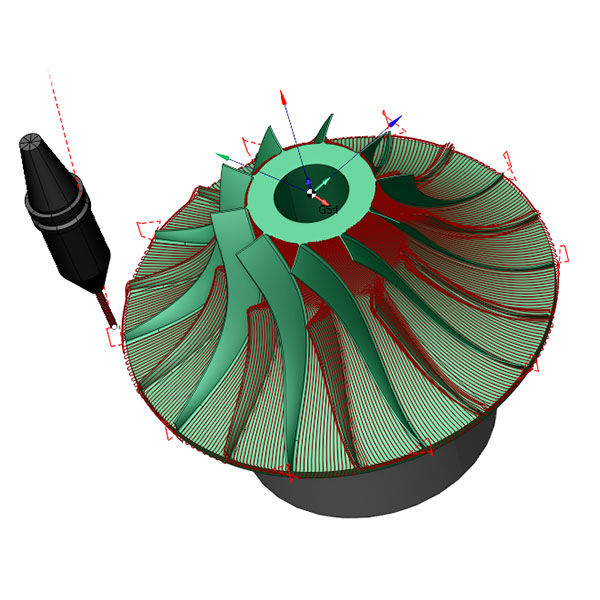 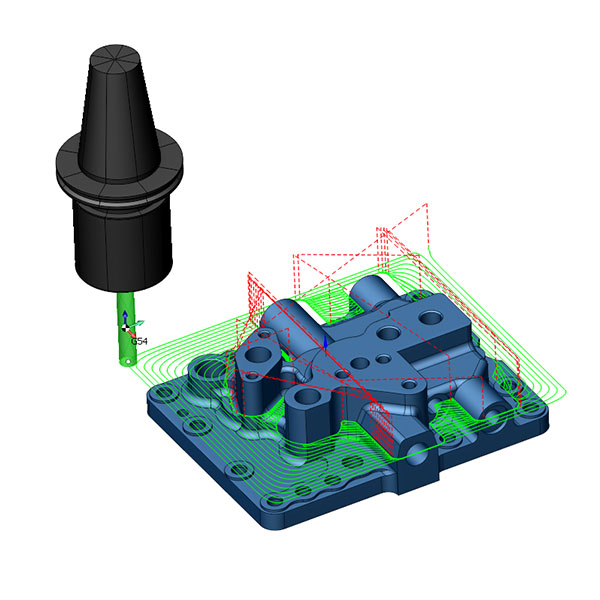 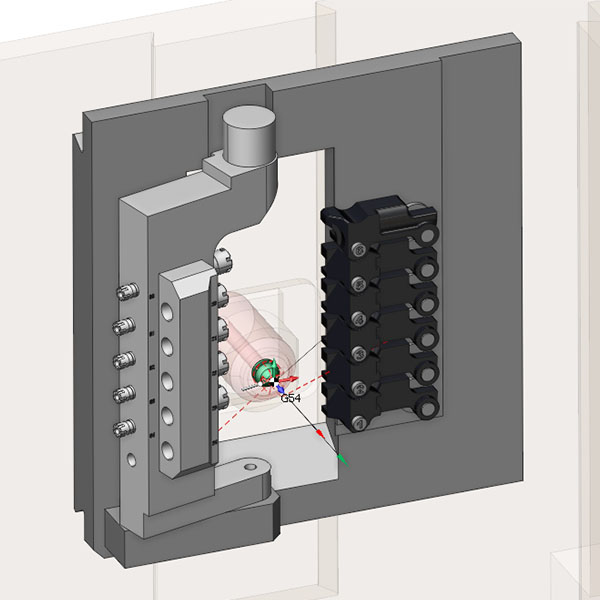 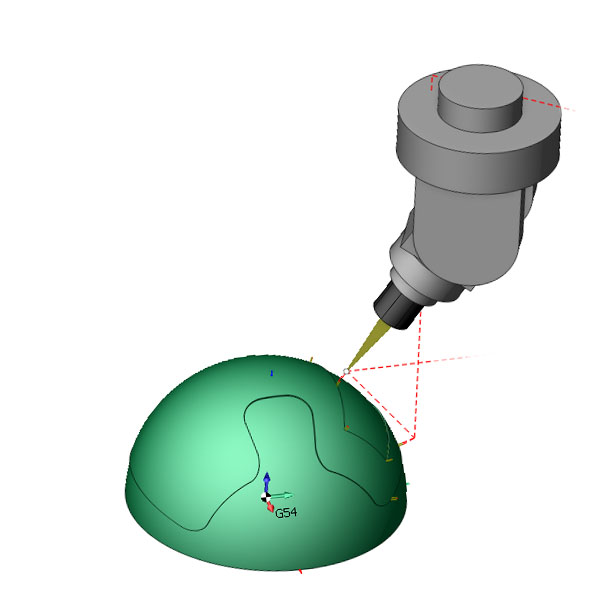 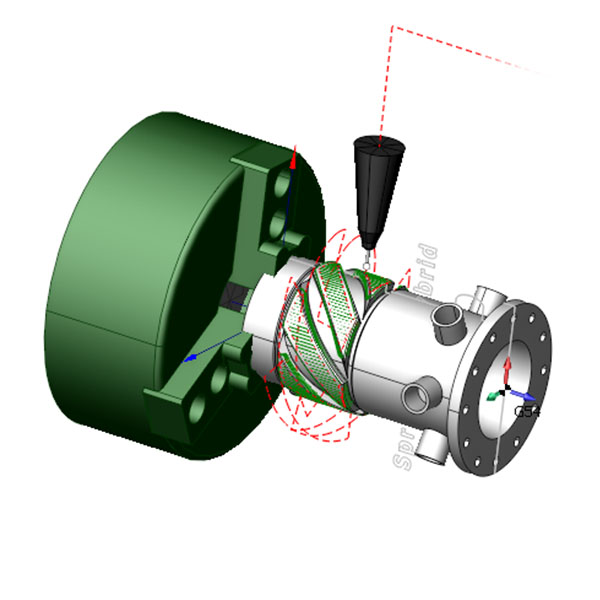 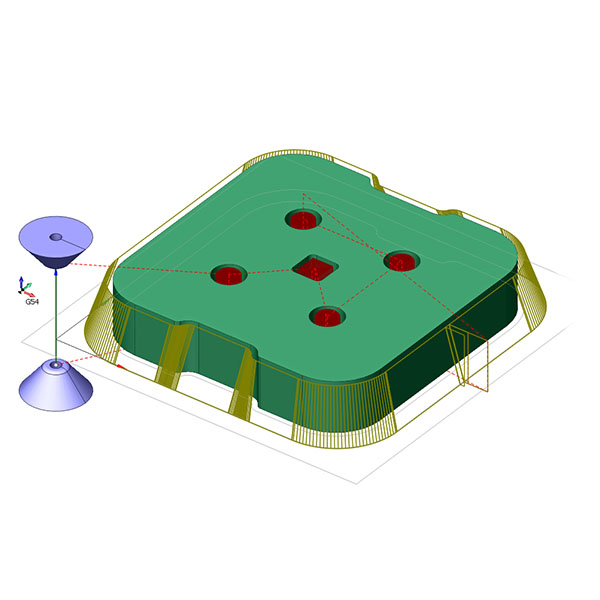 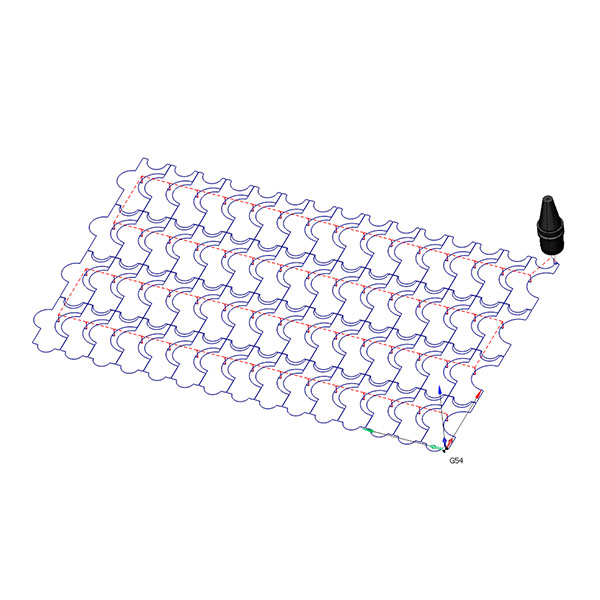 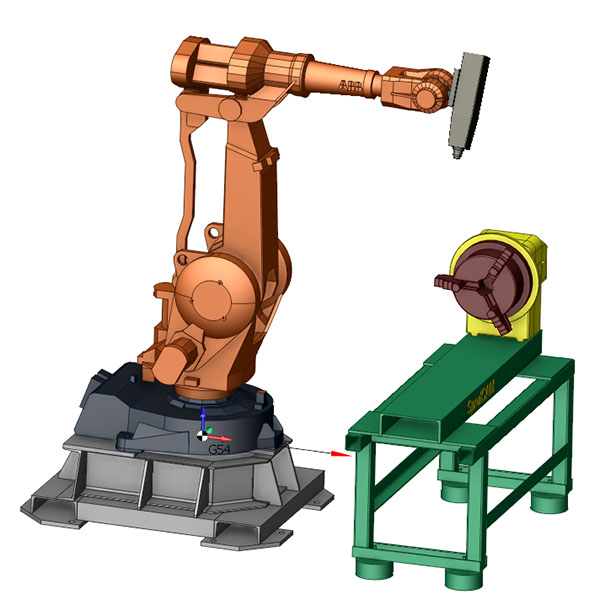